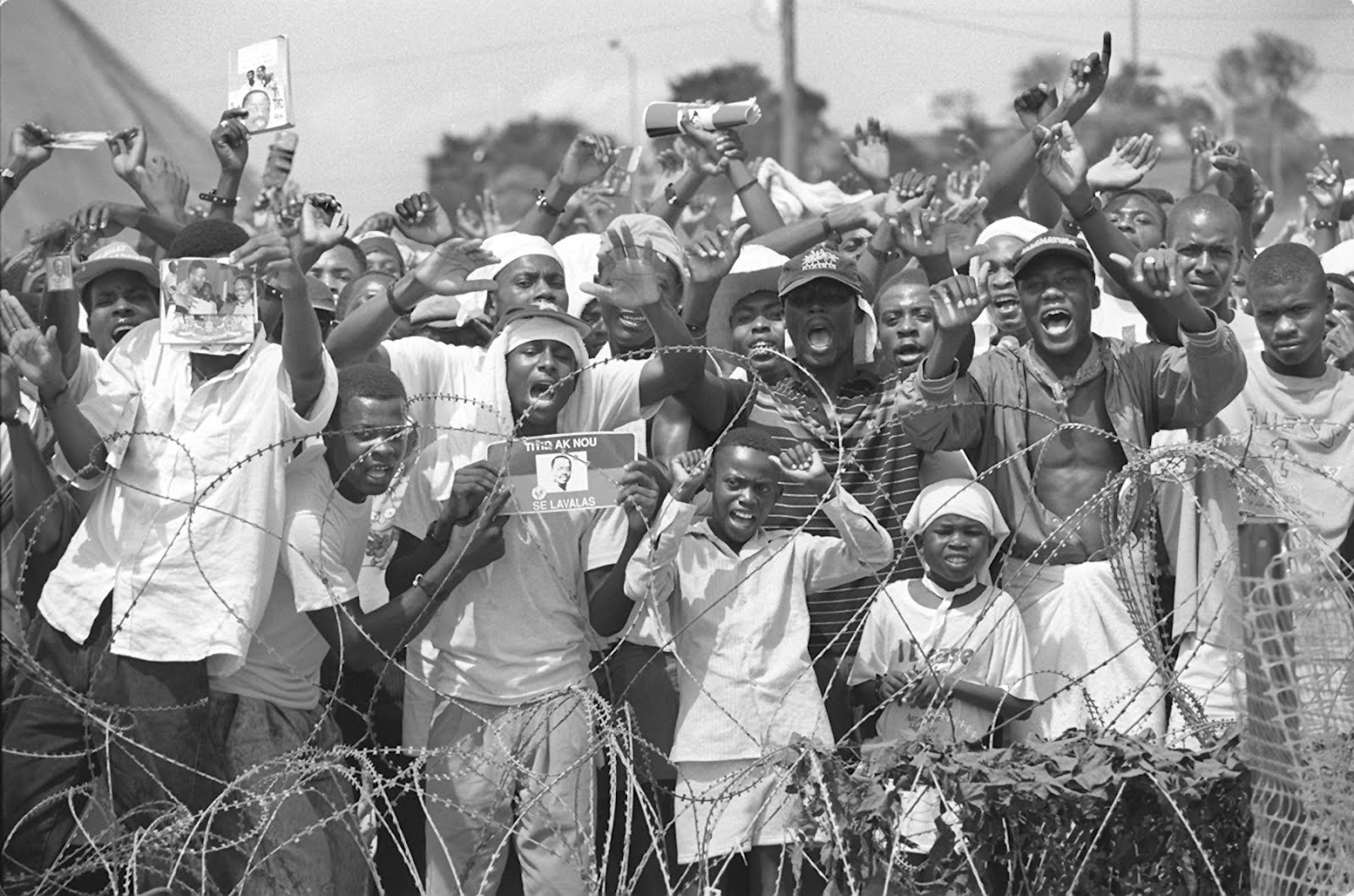 This image captures the faces of just a very few of the Haitian detainees at the United States naval station at Guantánamo Bay, Cuba. They include young and old. Their hands are raised in the air in protest of their captivity behind hurricane fencing. They are unprotected from the sun’s heat. A sign in Haitian…