April 4, 2013: As hunger strikes continue to spread throughout the detainee population, foreign governments and international human rights organizations are attempting to send envoys to Guantánamo to ensure prisoners are being treated humanely. Some reports claim as many as 130 out the 166 detainees at Guantánamo are participating in the hunger strike. 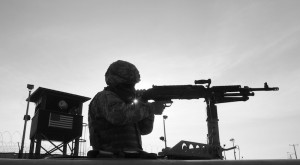 April 4, 2003: Secretary of Defense Donald Rumsfeld established a “Working Group” to assess legal and operational issues for detainee interrogation in the war on terrorism. Today, in 2003, the group presented their final report,  recommending the use 35 interrogation techniques that are inconsistent with parameters previously established in the Army Field Manual.