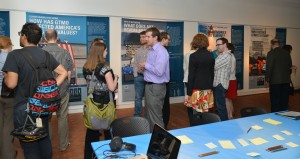 Nicknamed GTMO, the United States naval station at Guantánamo Bay, Cuba, has a history that is infamous and yet unknown to most Americans. The traveling exhibit of the Guantánamo Public Memory Project confronts this history at the Indiana University-Purdue University Indianapolis Cultural Arts Gallery through May 12, 2013.

Developed by more than 100 students from the IU School of Liberal Arts at IUPUI and 11 other universities, the exhibition, Why Guantánamo?, explores GTMO’s history from the US occupation of Guantánamo Bay in 1898 to today’s debates about its future. 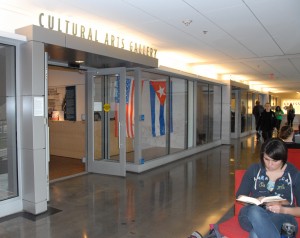 The opening of the exhibit accompanied a conference that addressed the broader issues that the site has come to represent.Indiana Supreme Court Justice Steven H. David and Indianapolis attorney Richard Kammen discussed their experience with post-9/11 Guantánamo detainees.

David was the chief defense counsel to the Office of Military Commissions from 2007-2010.  He oversaw the defense team for post-9/11 detainees in Guantánamo. Kammen is the civilian learned counsel responsible for defending Abd al-Rahim Hussein Mohammed Al-Nashiri. Al-Nashiri is accused of masterminding the 2000 bombing of the USS Cole. 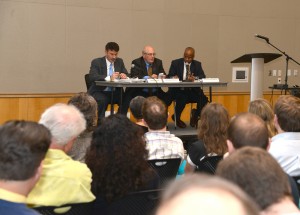 Moderating the lecture was IU McKinney School of Law professor George Edwards. Edwards, director of the law school’s program in International Human Rights Law, was an expert witness in the Guantánamo Bay U.S. Military Commission case against Australian David Hicks. He and his students also provided research assistance for the defense of Hicks and for Omar Khadr, a Canadian who was 15 years old when taken to Guantanamo Bay.

The exhibition is a program of the Guantánamo Public Memory Project, which seeks to build public awareness of the century-long history of the naval station. Currently traveling across the United States, with plans to travel internationally, the exhibit offers a uniquely comprehensive and compelling presentation of the history of the naval base.

Click here to see when the exhibit will be displayed at a venue near you. 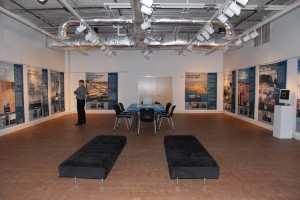