July 18, 2013: A federal appeals court reinstated the legal use of genital searches as a security precaution at GTMO. SOUTHCOM commander Marine General John Kelly explained the necessity of such searches by referring to the death of detainee Adnan Latif, who allegedly committed suicide after secretly stockpiling a lethal dose of medication. 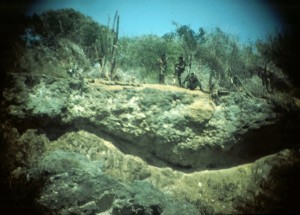 July 20, 1964: Ramón López Peña, a nineteen-year-old recruit in the Cuban Brigada de la Frontera, is allegedly shot and killed by U.S. sentries along the border of the base at Guantánamo. The commander of the base, Admiral John Bulkeley, denied any U.S. involvement in the incident.