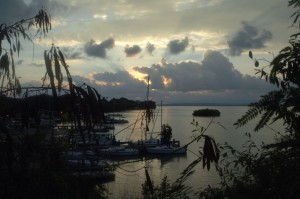 The detention and interrogation facility at Guantánamo Bay, Cuba, which I have visited, has served and continues to serve an important role in the war against terrorists since it opened 10 years ago. It houses high-value terrorist detainees, like Khalid Sheikh Mohammed, the architect of September 11.

The military commissions’ courthouse, called the Expeditionary Legal Compound, is a world-class, state-of-the-art facility specifically designed to accommodate the needs of both defense and prosecutors dealing with classified information. The detainees there are represented by civilian and military counsel, and the Supreme Court has ruled that they enjoy the constitutional right of habeas corpus. The conditions of detention there are safe, secure and humane and comply with national and international standards, including Common Article 3 of the Geneva Conventions.

It is important to remember that the United States of America is engaged in armed conflict and has been since September 11, 2001. The September 18, 2001, Authorization for Use of Military Force, relied upon by both the Bush and Obama administrations, gives our military the legal authority to engage the enemy under appropriate circumstances.

Read the rest of Edwin Meese III’s piece on CNN.com

One Comment to: Reflection: “Guantanamo Bay prison is necessary”

When former Attorney General Edwin Meese III ruminated on the necessity of Guantanamo Bay’s detention facility, he disregarded the legal and humanitarian questions raised by the prison’s history and existence. He called the prison a “world-class, state-of-the-art facility” with “safe, secure, and humane conditions.” Meese made these assertions as though the institution’s ability to function justified the detention of civilians accused of terrorist activity by the United States. Meese didn’t speak about the history of Guantanamo as a detention facility and the controversy surrounding its function. He chose not to remind the reader of the accusations of inhumane conditions and 1st and 5th amendment rights violations associated with the beginnings of Guantanamo Bay as a location for detention in the 1980s.

Meese didn’t allow the reader to consider why the prison at Guantanamo Bay needs to be defended. He only reminded the reader of the authority of the United States in protecting its citizens in the War on Terror initiated after the September 11, 2001 attacks. He saw this as an unquestionable justification for the use of the prison. However, Meese strategically ignored the question of why the detainees must be kept in this facility as opposed to somewhere on the continental United States. Why must accused civilians from the Middle East be brought to Guantanamo? Meese’s article read as a specific perspective unwilling to consider challenges to his claims but also represented a reason for the activity of the Guantanamo Public Memory Project. The online collection made accessible the many sides of the history of Guantanamo Bay so that readers can find resources for defending or contesting Meese’s assertions.