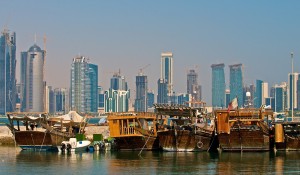 The five detainees are described as top Taliban officials and include former interior minister Mullah Khair Khowa, former North Afghanistan governor Noorullah Noori, and former army commander Mullah Fazl Akhund. A recent article claims that one among them is responsible for a Shiite Muslim massacre in Afghanistan, but none are accused of killing U.S. citizens.

Government officials hope this move will bring the Taliban into the peace process, expectantly paving the way for stability in Afghanistan once the U.S. withdraws military troops.

California Senator Dianne Feinstein confirmed this week that the detainees are also being swapped for one Westerner, whose name is currently being withheld to protect his safety.

But many U.S. government officials are opposed to the deal, some saying it should come as a condition of a peace agreement instead of before one, and others saying the detainees should be kept in maximum security prisons regardless. 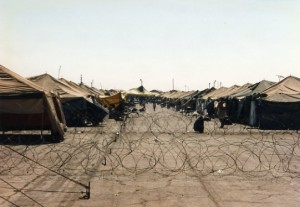 This week in 1997, six Cuban exiles – commonly known as balseros because they fled Cuba by sea on crudely constructed rafts – were picked up by the U.S. coast guard and transported to refugee camps at the Guantánamo Bay naval base.

The Cuban balsero crisis began in 1994 when the compounded effects of political, social, and economic instability in Cuba prompted thousands of Cubans to flee the island. In August of that year President Bill Clinton responded to the crisis by declaring that Cubans would not be granted entry to the U.S., for the first time since the 1959 Cuban revolution. Instead, the refugees would be held at the Guantánamo Bay naval facility or in Panama until they could be resettled in another country. By the end of 1994 the U.S. Coast Guard interdicted 38,560 Cubans at sea, but many others drowned or fell victim to shark attacks.

This mass exodus forced Cuban and U.S. governments to come to an agreement to halt the mass departure. In 1995 both governments agreed that Cuban refugees Guantánamo Bay would be returned to Havana to apply for exit visas, and that the U.S. would legally admit no more than 20,000 Cubans annually.

The prospect of being repatriated to Cuba led to protests among the Guantánamo Bay balseros. Adequate food, water, and shelter was a constant issue, and the balseros were frequently moved to different refugee camps around the base, all of which were surrounded by razor wire.

The capture of several dozen more balseros in 1997 – three years after the crisis began – shows how long the situation endured. To this day, Cuban citizens continue to be intercepted at sea and delivered to Guantánamo Bay, where they are either repatriated or transferred to another country for asylum. The balsero crisis also underscores Guantánamo Bay’s enduring role as a place that has filled multiple roles in crises that do not have easy solutions.

I was a soldier from Ft. Carson, Co. stationed there in 94. I always wanted to go back and see how things have changrd. We were there when camp xray was finished being built. I was with the 1/3 ADA unit in Bravo Btry. I would love to go back and assist as a civilian because of the memories and the cuban refugees and i got along well plus helping their lives changed minr.

Great to hear from you Brian, and thanks for sharing something of your story.