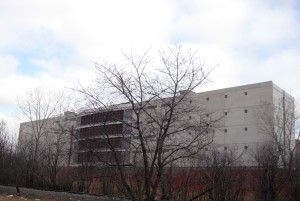 As an immigration scholar, I was conscious of the meanings of “Guantánamo” even before I had the opportunity to teach a course dedicated to its specific histories and origins. For immigrants detained by the Immigration and Customs Enforcement agency (ICE), Guantánamo has had an extensive conceptual and symbolic reach.

In We Are All Suspects Now: Untold Stories from Immigrant Communities, Tram Nguyen describes how Ali Raza, a Pakistani taxi driver living in Queens, was seized by ICE agents following an FBI raid on his friend’s apartment in October 2001. Although Raza’s friend was cleared of being a threat to national security, Raza, lacking a green card, was sent to the Passaic County Jail in Paterson, New Jersey. There, FBI agents interrogated him about his high school Islamic teacher and how many times a day he prayed. Like all of the post-9/11 immigrant detainees at Passaic, Raza was denied the opportunity to phone relatives and friends for assistance. He relied on a network of letter exchanges facilitated by “regular” inmates of the jail, who passed correspondence along to their visitors who would then (hopefully) convey the letters to their intended destinations. As Raza would subsequently state, “Nobody knew where I was. I guess they all thought I was deported, or taken to Guatemala.” Nguyen explains that Raza did not actually mean the Central American nation, he meant Guantánamo. Unable to recall the specific place name, the fearful idea he invoked was all too clear.
In 2007, the New Jersey Civil Rights Defense Committee published a report titled “Voices of the Disappeared,” which provided a detailed investigation into the post-9/11 use of New Jersey county prisons as immigrant detention centers. Hudson County Jail in Kearney is located on a peninsula at the start of Newark Bay, bounded by the Passaic River on one side and the Hackensack River on the other. The facility stands out among the freight depots that prevail on this industrial stretch of land. Part of its appeal, to immigration officials at least, is its remoteness. Many of the immigrants brought to the facility come from Brooklyn or Queens, and it takes two or three hours each way for New York area visitors to get to the Hudson County Jail without a car. If this was not enough, psychological isolation has been fostered as well: immigrant detainees at the Hudson County facility reported that the phones they could allegedly use were always broken and that guards removed photographs sent to them by family members in letters.
As “Voices of the Disappeared” notes, “The government denial of due process guarantees to the tens of thousands of immigrant detainees is part of the same repressive strategy that has led to Guantánamo and the far more absolute deprivation of the rights of the detainees there.” Since 1996, the Illegal Immigration Reforms and Immigrant Responsibility Act has made immigrant detention in the United States an “administrative” matter. Whereas due process in standard criminal proceedings requires timely hearings, specific charges filed, and guaranteed access to a lawyer, this has not been the case under such “administrative” law. If Guantánamo Bay is a “legal black hole,” then the hundreds of immigration detention centers – to continue the metaphor – exert their own dark gravity, severely limiting what light of the law may enter them. The practices most closely identified with Guantánamo are present in our local communities. 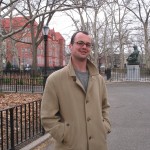 In “Curating Guantánamo: Public History and Public Awareness,” the MA-level course that I am currently teaching at Rutgers, our classroom discussions often turn to this question: despite its well-documented departures from the constitutional “rule of law,” to what extent is Guantánamo exceptional in this regard? What happens when we view the “Jim Crow” governance of black Americans, the internment of Japanese Americans, and other chapters in United States history through the analytical lens that Guantánamo demands, where legal protections are put aside due to a trumpeted and perceived state of emergency? As we continue to grapple with these issues, Guantánamo’s histories guide us in ways we did not anticipate.

After reading more into the legal rights of detainees at GTMO, I recognized that some of the actions taken by the government and the Supreme Court rulings could set precedent for future actions. At the same time, it is still surprising for me to read a real example of this rather than think about it in the abstract. Thank you for making me aware of these internment detention centers.
As our project aims to relate Guantánamo to current issues, your post brings up how pertinent immigration is in this regard. Looking back over Guantánamo’s history, it is both fascinating and disturbing to see how the many years of different policies on the base combine in today’s immigrant detention centers. What other topics, like racism and Islamophobia, could also be connected to this?
I have been so focused on the history of Guantánamo itself that I have forgotten to view the base from a wider perspective of US history, which has a long record of violating rights in times of war and peace, as you mention. Since Guantánamo has an ambiguous position as not entirely American but shaped by the US, I wonder to what extent it does fit into this pattern of American rights violations. It will be important to find the right frames of reference within our panels; when does the US reflect on Guantánamo and when Guantánamo on the US? I think much is made of the fact that Guantánamo isn’t located on American soil and is therefore a mysterious “black hole”, but because the WWII Japanese internment camps were and the present immigration detention centers are, this brings up new conundrums about how much we can still tolerate on our own soil and what policies are put in place to distance the public from these places.