On July 26, 2012, Cuba held its annual Revolution Day ceremonies. In an apparently impromptu speech at a gathering in the city of Guantánamo, President Raúl Castro announced willingness to enter into talks with the United States. A State Department spokesman responded by calling for the easing of Castro’s authoritarian rule. Repeating the Cuban government line, First Vice President José Ramón Machado Ventura vowed to continue striving for the return of the U.S. naval base at Guantánamo Bay to Cuba. “We will continue denouncing such a flagrant violation of international law until Cuba exercises sovereignty over this portion of our land,” he declared. “Never under any circumstance will we stop trying to recover this piece of ground.”

This week also marks the tenth anniversary of the capture of former al-Qaeda child soldier and Canadian citizen Omar Khadr by U.S. forces in Afghanistan. Debate continues in Canada over his potential transfer from the U.S. detention camp at Guantánamo Bay. Under the terms of his 2010 plea deal before a U.S. military commission, Khadr is eligible to finish his prison sentence in Canada. Despite growing pressure from human rights activists and public figures such as Senator Romeo Dallaire, Canadian Minister of Public Safety Vic Toews has yet to make a decision on whether to sign a transfer request for Khadr. Opponents of the transfer have argued that Khadr poses a security risk. For more on the Khadr case, click here or consult this timeline. 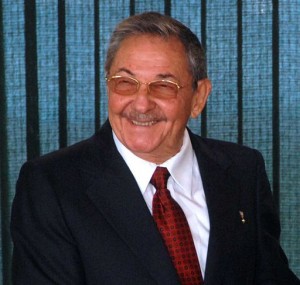 Adnan al-Sayegh, a former GTMO detainee released in 2006, has reportedly surrendered to Saudi Arabian authorities. Once part of a Saudi government rehabilitation program for former militants, al-Sayegh joined al-Qaeda in the Arabian Peninsula. In 2009, he was included in the kingdom’s list of most wanted terrorists. A Saudi security spokesman has announced that he “will be treated as per proper procedures” and al-Sayegh’s decision to turn himself in will be taken into consideration.

Former detainee David Hicks, a native of Australia, will be allowed to keep royalties from his memoir Guantánamo, My Journey. Profits from the book had previously been frozen by court order, since in Australia it is illegal to profit from a crime.

On August 1, 2002, legal documents that later became known as the “Torture Memos,” put together by Deputy Assistant Attorney General John Yoo and Assistant Attorney General for the Office of Legal Counsel Jay Bybee, argue that the U.S. president has the power to authorize coercive interrogation techniques such as waterboarding. These tactics are often considered torture. In the “Bybee Memo,” for instance, written for Acting General Counsel of the CIA John Rizzo, Bybee concluded that the methods to be used against captured al-Qaeda member Abu Zubaydah (who was transferred to GTMO in 2006) were permissible as exercises of presidential authority in wartime.  Zubaydah was waterboarded at least 83 times. Bybee, now a federal judge, later expressed regret over signing the memos.

How has GTMO changed over the past ten years? What are the legacies of its past and present? Feel free to leave your comments below.