The most intriguing aspect of Guantánamo Bay’s history is the powerful silencing that post 9/11 circumstances have imposed on the base. Recent events of the past ten years have overshadowed the previous one hundred. Yet, there is a mountain of widely available literature on the history of Guantánamo, from books to articles to an account written by a former rear admiral of the United States Navy. This silencing has thus created a paradox in which the public perception of such a scrutinized subject can be so narrowly affixed to one context. In fact, before becoming involved with this project, I knew very little about the base. I did not know it covers forty-five square miles, that it is on perpetual lease to the United States, and that billions of dollars have been poured into it for infrastructure and defense projects. But I did understand how easily a comedian could work GTMO in a routine, confident that everyone would get the joke. The challenge is how to interpret this long history in light of the negative impact recent events have had on the public consciousness. To be sure, many people who have lived on the base were never embroiled in the kinds of issues being discussed now and they can recall many fond memories. For others, all they see is the detention camps and human rights abuses. We must be cautious to balance these perspectives. We need to put the recent events at the base in a larger context while avoiding the appearance that we are just trying to argue that Guantánamo is not all that bad. 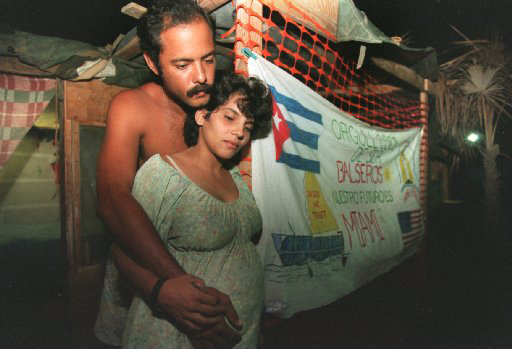 Being aware of these silences makes us recognize that no historically significant site can be taken for granted. Sites of conscience, for example, are often places of unspeakable horror and despair. When these elements are the claim to fame, other aspects of these sites can easily be forgotten, ignored, or simply unknown. How many know the history of the Polish town that contained the Auschwitz extermination camp? By the power of silencing, sites become frozen in time. Even when an historic site is not burdened with human suffering and pain, the tendency is to only offer a limited perspective. The irony here is that Guantánamo’s entire existence is controversial. Moving the spotlight from post 9/11 concerns to the signing of the lease that established the base only highlights other problems.

Using Guantánamo as a catalyst for civic dialogue is promising because the relevant issues have universal and ongoing applications. In Guantánamo we see the issues of jurisdiction and rights, which applies to issues concerning American Indian polities. In Guantánamo we see issues of Cuban and Haitian migrants seeking political refuge, which parallel issues of Mexican immigrants crossing the border for better economic fortune. If knowledge is power, then we as historians have everything we need to turn these issues into engaging discussions about what it means to make sense of a world that often seems nonsensical.