The War on Terror and Unlawful Enemy Combatant 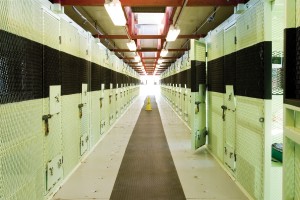 From the United States’ imperialist pursuits in the War of 1898 to Guantánamo Bay’s camps for Cuban and Haitian refugees, the U.S. naval base in Cuba has been a space of contention.  In the post-9/11 world, President George W. Bush’s War on Terror has shaped the purpose and international public image of Guantánamo.  The War on Terror’s tenuously-defined parameters and intangible enemy opened the door to the numerous legal and human rights violations associated with the war.  The base at Guantánamo Bay has held nationals from Kuwait, Afghanistan, France, Denmark, Tunisia and a host of other countries.  Some were captured on the traditional battlefield of war as they fought U.S. troops in Afghanistan.  But many were not.  Some detainees have a proven connection to al-Qaeda, and others have a cursory link at best.  From Osama bin Laden’s personal chauffer to 15-year-old Canadian Omar Khadr, the wide range of detainees held at Guantánamo Bay illustrates the uncertainty with which the U.S. has pursued the War on Terror.  The question has arisen time and again, who is really the “enemy” in this global war?

Of course, the U.S. government has provided some definition through the label “unlawful enemy combatants” (UECs).  However, the definition of this term has been a moving target since the start of the “war.”  Initially, the Bush Administration based the definition of UECs on the 1942 Ex Parte Quirin case, defining them as a “member, agent, or associate of al Qaida or the Taliban.”  But over the years, the government has broadened the definition and cast the net wider to catch so-called terrorists.  With the introduction of Combatant Status Review Tribunals at Guantanamo in 2004, the definition of UECs broadened to include anyone “associated with” al-Qaeda or the Taliban.  Two years later, the net widened again in the Military Commissions Act of 2006 to encompass those who “purposefully and materially supported hostilities against the United States or its co-belligerents.”  The definition has become so broad that anyone who knowingly or unknowingly supported al-Qaeda or the Taliban, from providing a small monetary donation to fixing a terrorist’s car, can be detained indefinitely at Guantánamo.  (See this article by Vanderbilt University law professor Allison Danner for an overview of the shifting definition of UECs).

Defined neither as criminals to be tried in a civil court nor as soldiers afforded the protections of the Geneva Conventions, detainees at Guantánamo were left vulnerable to torture, abuse, and denial of habeas corpus rights.  The war has had consequences closer to home as well.  Under such a broad definition of “enemy,” many American citizens, especially Muslim-Americans, have also been subject to suspicion. In the name of national security, the rights of U.S. citizens have been infringed upon, for example, by the Patriot Act through such practices as wire-tapping.

The relationship between Guantánamo and the War on Terror raises important questions: How has an ill-defined enemy in the “war” contributed to increased tensions, mistrust, and deteriorating relations between the United States and the international Muslim community?  To what extent has this ambiguity fueled a post-9/11 culture of paranoia?