Guantánamo Bay’s Other Anniversary: 110 Years of a Legal Black Hole 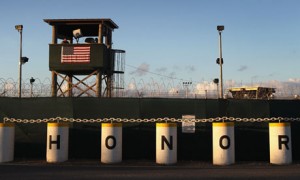 Liz Ševčenko recently wrote an article for The Guardian on the importance of opening dialogue about Guantánamo,

“…Guantánamo is much more than a prison: it’s made up of the thousands of people who worked there, grew up there, and served there, whose stories reveal the many things Gitmo is and can be. Refugees remember Gitmo as both a site of confinement and a step to freedom; Cuban workers and American ex-pats remember it as both a place of exile and a treasured home. These stories inform what Guantánamo is – and what it means to close it.

Last month, a national dialogue began on what to remember about Guantánamo and why. The Guantánamo Public Memory Project involves historians, archivists, activists, military personnel, and over a dozen universities in raising public awareness of Gitmo’s long history and foster dialogue on the future of this place, its people, and its policies. This fall, students from Pensacola to Phoenix collected stories of people who worked, grew up, served, were held, or advocated at Guantánamo to develop a digital timeline, interactive map, and physical exhibit, just opened in New York and traveling around the country.”