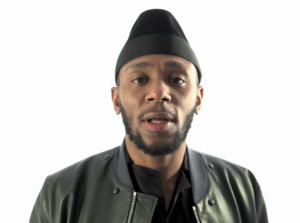 As calls for an end to force-feeding at Guantánamo persist with the start of Ramadan, Human Rights organization Reprieve and award-winning director Asif Kapadia released a four-minute video of U.S. actor and rapper Yasiin Bey (also known as Mos Def) experiencing the procedure, which is based on military instructions for force-feeding detainees.