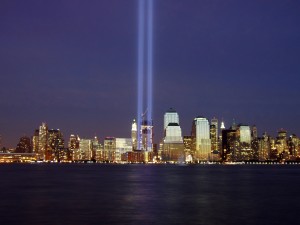 September 11, 2001: The world watches, stunned, as hijacked aircraft crash into the Twin Towers in New York and the Pentagon in Virginia. A fourth plane crash lands in Pennsylvania. The destruction is immense: it will take months to clear the rubble left by the attacks, and years and decades longer to begin to heal the wounds suffered that day.