Failed States and Spaces of Exception: Somalia, Southside Chicago, and the Twin Cities 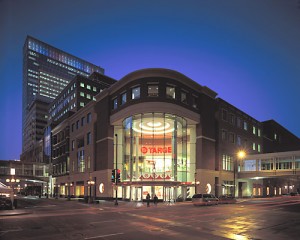 A few weeks ago, as I was standing outside Target on Nicollet Mall in Minneapolis, an elderly woman approached me and shared her life experiences in the Twin Cities. She told me something that has been troubling me since our conversation. I asked the woman how she likes living in the Twin Cities and her response to me was, “I grew up out here, but the city has changed so much, especially since the trash started moving in.” Now, I don’t know precisely whom she was referring to as “trash,” but her comment made me reflect on the racial dynamics of the Twin Cities. The use of the word “trash,” reflects a xenophobia which subordinates racialized minorities; this discourse, articulated by the woman, renders these communities “undesirable,” and therefore, “disposable”.

In a post-9/11 world, we have seen the rise of the security state within and beyond the borders of the U.S. nation-state. We have seen the reopening of Guantánamo Bay Naval Base (GTMO) to detain “enemy combatants,” the growth of surveillance technologies, and the usage of drones to wage war in South Asia and the larger Muslim world. The War on Terror has established a paradigm to practice a “state of exception,” where the U.S. nation-state has the ability to suspend the law and make decisions without being held accountable for its actions.[i] Similar to how the U.S. state uses GTMO as a lawless site where the U.S. constitution and penal codes are irrelevant and thus, facilitates the torture and illegal detention of its “prisoners,” the U.S. nation state has effectively rendered, for instance, Somalia and Southside Chicago as “failed states,” or a space ineligible of sovereignty or personhood. Depriving individuals who live in these places their respective state and municipal sovereignty allows the U.S. national security state to operate in these sites to secure its own interests.

Chicago does not invest in schools, hospitals, or public housing in the Southside; municipal leaders cite budgetary reasons.  However, Chicago nonetheless has enough resources to continue policing the communities these investments would actually help and instead, has chosen to incarcerate its citizens and residents. Rohit Chopra describes Southside Chicago as “socially abandoned by being starved of resources but is then heavily policed, requiring additional resources from shrinking budgets for extra officers, gang task forces, and overtime costs.” Somalia also has a deep history of the U.S. national security state meddling in its domestic affairs. The U.S. has supported IMF-World Bank sanctioned economic policies that ultimately have impoverished the country, and thus, have been influential proxies in the resulting famine and civil unrest that continues to this day; additionally, the U.S. utilize drones to target and kill “terrorists” there and as a result, have but taken the lives of innocent Somalis. Thus, IMF and the World Bank operate similar to Chicago municipal leaders. They strive to privatize and limit governmental spending. In Chicago, the lack of investment has a militant arm as well—its police forces target and harm the lives of innocent predominantly black and Latino populations. In Somalia, the lack of investment, sponsored by the IMF and the World Bank, has a militant arm as well—the U.S. military targets and harms the lives of innocent Somali people.

The U.S. nation-state treats both Southside Chicago and Somalia to be “failed states” as a means of denying sovereignty to the members of these spaces. Rohit Chopra explains the significance of this denial in a post-9/11 state:

The denial of sovereignty has long been a vital strategy of colonial domination and the purported inability of subjected peoples to be sovereign (or to govern or rule oneself) a time-honored justification for colonial ventures…The post-9/11 security state continues this tradition.

The state continues to deny people of color the ability to self-govern. Instead, we are subjected to state-sanctioned violence at the hands of local police, the military, or vigilantes (read: George Zimmerman). As Lisa Cacho explains, “A person does not need to do anything to commit a status crime because the person’s status is the offense in and of itself;” the person simply has to exist in a racialized body or space to be legible and vulnerable to state sanctioned violence.[ii]

Both of these communities converge in my new home: Minneapolis. The “failed state” of Southside Chicago and Somalia has driven many to the Twin Cities, where targeted policing and surveillance continues.[iii] It’s important we recognize the role of the U.S. nation-state in creating such conditions for these communities. In doing so, academics, activists and people of good consensus can create new alliances and new forms of solidarity in response to the complex interplay of federal, state, municipal and transnational processes. I make these points to draw parallels across the geographical sites GTMO, Somalia, Southside Chicago, and Minneapolis. In a post-9/11 world, the U.S. national security state has normalized the detention, deportation, disappearances, and surveillance of racialized minorities through constructing spaces of lawlessness in places like Southside Chicago and Somalia, facilitating the act of purging those deemed “undesirable” into the U.S. prison system, detention centers, and GTMO. GTMO does not solely operate in Guantánamo Bay, Cuba; we can also see it within our own borders and around the world in East Africa, the Middle East, and South Asia. We are living in a time where Guantánamo is, in fact, everywhere.[iv]

Posted by Soham Patel – Doctoral student at the University of Minnesota in the American studies department.

[i] Agamben, Giorgio. State of Exception. Chicago and London: University of Chicago Press, 2005: 1-31