February 19, 2002: The Center for Constitutional Rights filed two habeas corpus petitions in the District Court for the District of Columbia. The center filed the petition on behalf of four detainees that had recently arrived at GTMO – Shafiq Rasul and Asif Iqbal (both British), and David Hicks and Mamdouh Habib (both Australian). 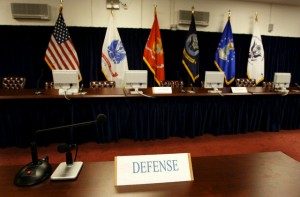 February 20, 2014: A Guantánamo detainee, Ahmad al Darbi, becomes the sixth detainee to plead guilty in a military commission. His guilty plea may be a bid to escape indefinite detention at GTMO, and will make him eligible to serve out the remainder of his sentence in his country of origin, Saudi Arabia.