“At Times It’s Best Not to Open a Jar” – Conflict in Extracting Memories? 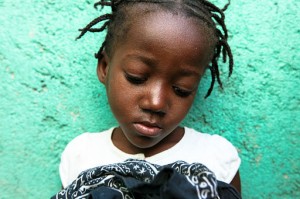 Throughout my experience contributing to the Guantánamo Public Memory Project, I often found myself considering the contradictions of attempting to capture memories regarding a time and a place that many people who experienced it firsthand do not wish to remember. In discussing the guiding principles of the Guantánamo Public Memory Project, the project website asks “How can we build a public memory of a place so few people can see? How can we open dialogue on an issue that is so divisive?” To these crucial questions, I wish to add “what is at stake in gathering memories to fuel larger debates when the push for awareness comes from outside those immediately impacted by Guantanamo? How can we, if it is possible, reconcile the desire to capture and share personal narratives of Guantanamo when people who were actually there want to forget?” Although it proves quite difficult to answer these questions, much can be learned by considering them critically.

My partners and I conducted an oral history of Wadson Michel who worked with about one hundred children who were detained at Guantánamo Bay during the Haitian Refugee Crisis in the early 1990s. These children, deemed unaccompanied minors on the base, were either orphaned or separated from their families as they fled the unrest in Haiti following the coup in 1991. Throughout the course of our interview, Michel’s focus was on the trauma these children faced during their detainment at the naval base. He continually reiterated the fear, uncertainty, and trauma these children experienced. Few specific details were provided, but he returned again and again to the fear and trauma they endured. Glimpses of this trauma surfaced in his cursory mentions of physical and sexual abuse and the murder-suicide committed by one of these young refugees. The interview we conducted was emotional, so much so that our interviewee commented “at times, it’s best not to open a jar that you cannot control what comes out of. And it could be more damaging to them. Because I thought this was going to be easy for me, and just sit here, and inside of me, is just like [pause] boiling.”

Memory is deeply personal, and I think Michel’s comparison to an open jar is apt. Although he agreed to this interview, the former refugees he worked with did not, causing him to be very aware of the lid he was trying to keep on the jar containing their stories. These former unaccompanied minors did not want to share their stories, likely due to the immense distress our interviewee conveyed on their behalf as he mediated for them in respect to their detention at Guantánamo. Even for him, repressed memories he did not wish to share began to resurface. During their detainment at Guantánamo, these refugees were interviewed multiple times, and their answers could be use against them, causing many to become wary of how their words and stories will be used. It is challenging and troubling to attempt to capture memories that the people in possession of do not wish to share. The call to extract these memories and make them public is coming from an outsider perspective and not from the individuals whose memories we are attempting to access. Although it was thought provoking to be confronted with this challenge, where do our efforts to preserve these narratives of Guantánamo stand amidst the wishes of individuals who were actually there to restrict access to these memories?