September 24, 2014: A White House spokesperson said that any combatants captured during the offensive against Islamic State insurgents would not be brought to Guantánamo Bay. The question remains, however, of the likely status of any possible captives, as well as where such captives might be kept. 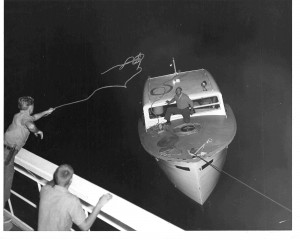 September 29, 1965: Fidel Castro opens the port of Camarioca, allowing Cubans wishing to leave the country to do so. Many of the almost 3,000 that left Cuba did so in makeshift boats, and were picked up by the U.S. Coast Guard, to be brought to the U.S.