August 25th 2015: South Carolina Governor Nikki Haley and Kansas Governor Sam Brownback signed a joint letter to Defense Secretary Ashton Carter stating their opposition to transferring GTMO detainees to their respective states. The letter comes as reports have emerged that the pentagon is examining whether military prisons in Kansas and South Carolina could be used as destinations for transferring GTMO detainees in the event of its closure. The letter argued that those currently held at GTMO are some of the most dangerous terrorists in the world and that transferring  them to the mainland United States is illegal under federal law. In addition to expressing opposition the letter also explicitly stated that the two governors would take any action within their powers to prevent transfer to their states. 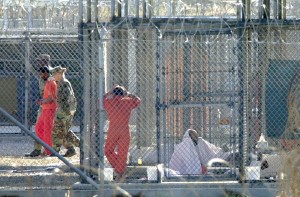 August 30th 2004: Center for Constitutional Rights Attorney, Gitanjali Gutierrez became the first civilian attorney to meet with a detainee at GTMO. Ms.Gutierrez represented  Mohammed al-Qahtani, a Saudi Arabian citizen accused of taking part in the attacks on 9/11. Ms.Gutierrez’s ability to travel to GTMO and represent al-Qahtani was a result of the  U.S Supreme Court’s ruling in Rasul v. Bush which stated that GTMO detainees have the right to habeas corpus.