August 19th 2015: This week, representatives of The Department of Defense examined different locations throughout the United States to determine where current detainees at Guantanamo will be transferred to following a potential closure. The representatives have toured and are considering a few different facilities throughout in the United States. The two main military prisons being considered are Fort Leavenworth in Kansas and the naval brig in Charleston, South Carolina. In addition to the two military facilities, The Department of Defense is also looking into transferring detainees at Guantanamo to civilian prisons. The Obama administration hopes that having a set transfer location will help forward the administration’s effort in congress to close Guantanamo. President Obama needs congressional support to reverse a 2010 law the bans transfers of Guantanamo Bay detainees to the U.S. for any reason. 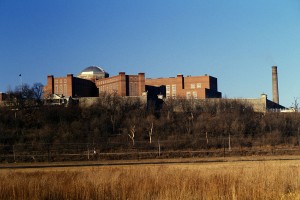 August 19th 1994: President Bill Clinton ordered Cuban refugees to be placed in Guantanamo. In August of 1994 President Fidel Castro lifted an emigration ban, leading to a massive migration of Cuban refugees traveling to the United States on makeshift rafts. In response President Clinton ended the United States’ policy of automatically granting asylum to migrants escaping Cuba. As an alternative to the automatic-asylum policy, President Clinton ordered the Coast Guard to intercept and send Cuban rafters to Guantanamo. While at Guantanamo the approximately 32,000 Cuban refugees being held attempted to apply for asylum, a majority of them successfully.