Reflection: Give Guantánamo Back to Cuba 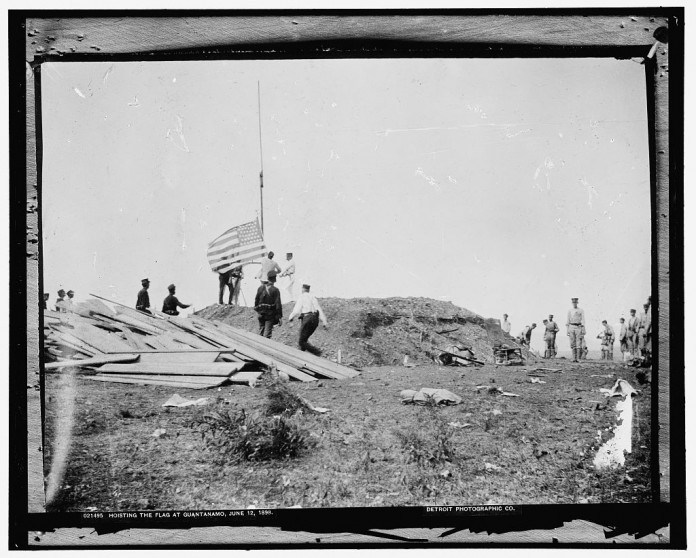 In the 10 years since the Guantánamo detention camp opened, the anguished debate over whether to shutter the facility — or make it permanent — has obscured a deeper failure that dates back more than a century and implicates all Americans: namely, our continued occupation of Guantánamo itself. It is past time to return this imperialist enclave to Cuba.

From the moment the United States government forced Cuba to lease the Guantánamo Bay naval base to us, in June 1901, the American presence there has been more than a thorn in Cuba’s side. It has served to remind the world of America’s long history of interventionist militarism. Few gestures would have as salutary an effect on the stultifying impasse in American-Cuban relations as handing over this coveted piece of land.
The circumstances by which the United States came to occupy Guantánamo are as troubling as its past decade of activity there. In April 1898, American forces intervened in Cuba’s three-year-old struggle for independence when it was all but won, thus transforming the Cuban War of Independence into what Americans are still wont to call the Spanish-American War. American officials then excluded the Cuban Army from the armistice and denied Cuba a seat at the Paris peace conference. “There is so much natural anger and grief throughout the island,” the Cuban general Máximo Gómez remarked in January 1899, after the peace treaty was signed, “that the people haven’t really been able to celebrate the triumph of the end of their former rulers’ power.”
Curiously, the United States’ declaration of war on Spain included the assurance that America did not seek “sovereignty, jurisdiction, or control” over Cuba and intended “to leave the government and control of the island to its people.”
But after the war, strategic imperatives took precedence over Cuban independence. The United States wanted dominion over Cuba, along with naval bases from which to exercise it.

Visit the New York Times to read the entire post.


Jonathan M. Hansen, a lecturer in social studies at Harvard, is the author of “Guantánamo: An American History.”