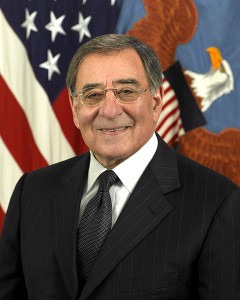 This week, Defense Secretary Leon Panetta refused to transfer five Taliban detainees at Guantánamo Bay to Qatar. This announcement comes after weeks of talks, with many U.S. legislators strongly opposing the transfer.

The Taliban says it is suspending talks because the U.S. has failed to move forward on its promises. Taliban officials say the detainee transfer is integral to peace negotiations.

U.S. officials believe that suspending talks is a tactical move by the Taliban, rather than a defensive halt to White House talks.

Talks with the Taliban have been further hampered by uproar over by the killings of 17 Afghan civilians. U.S. military officer Sgt. Robert Bales is charged with the killings. 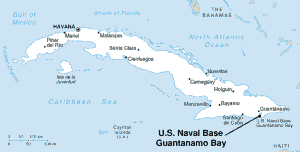 This week in 1987, the U.S. military announced it would run a number of Central American training exercises in May of that year, including a simulated evacuation of Guantánamo Bay naval base.

Touted as the “largest show of force yet” in Central America, 50,000 U.S. military officers were scheduled to prepare for potential war with Nicaragua. At the time, the Nicaraguan rebels were allegedly planning an offensive, and the U.S. military’s training exercise was intended to correspond with these projected activities.

Elected in 1984, the Nicaraguan Sandinista government had active ties with the Cuban government. The U.S. claimed the 1984 election was illegitimately, alleging the Sandinistas suppressed opposition parties. Because of these government ties, the simulated evacuation of Guantánamo Bay naval base was meant as a response to potential Cuban government retaliation against the U.S. for attacking its ally. According to an article in the New York Times, before this moment the military had typically fortified the naval base during such military drills.

In 1990s the Guantánamo Bay naval base operated as a refugee camp and resettlement intermediary for both Haitian refugees (1991-1993) and Cuban balseros (beginning in 1994). Since 2001 it has served as an infamous detention site particularly for those suspected of terrorism. But 1987 was a relatively uneventful era in Guantánamo Bay history. Naval officers and their families were stationed there, but the base operated as little else than a strategic outpost.