Reflection: “Does it take places like Guantánamo to ensure my safety?”

“I don’t know if you should move to Arizona,” my grandpa warned me. “It’s too close to the border.”
Drug wars. Gangs. I came to Arizona State anyway, starting my PhD in the fall of 2010. Honestly, I felt as safe in Tempe as my small hometown in northern Utah – until the night I heard three distinct pops. They sounded like firecrackers going off. “Who shoots off firecrackers at 12 a.m.?” I asked myself. Sirens followed. An ASU text alert warned students to stay away from Broadway and Dobson streets.

There had been a gun incident only a few blocks east of where I live. That happened several weeks ago. With the time elapsed my landscape somehow feels safe and okay again.
Safety means I have the freedom to go about my business without the worry of harm befalling me or my loved ones. 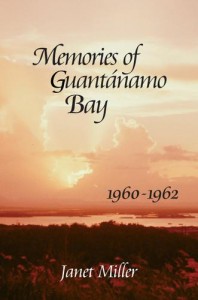 In reflecting on the Guantánamo Public Memory Project, themes of security and safety hit home. “How do you define safety? What makes you feel safe or unsafe?” In thinking about these questions, my group discussed Janet Miller’s Memories of Guantánamo Bay, 1960-1962. Stationed at Guantánamo with her husband and two teenage children, Miller experienced military-style security. She helped provide food and medicine to Cuban base workers and witnessed their treatment at checkpoints. Often, Miller’s own movements were restricted, and there were certain places on the base she could not go. Her efforts to help Cubans were technically illegal.
Does it take places like Guantánamo to ensure my safety, particularly in a border state, with its own contested spaces?
The larger history of military activity on the base complicates security and safety rhetoric. Dialogue should center around these larger issues. Our perception of safety and security seems to lie at the heart of how we treat other groups of people. At Guantánamo Bay, we based our responses to refugee crises, public health scares, and terrorist plots on real and perceived threats. Bringing together U.S. Border Patrol and immigration advocacy groups to talk about safety and security might illuminate how we each think about and define safety and security, perhaps defusing divisive diatribes of hate and fear.