The Closure of Guantánamo Bay: An Unreachable Goal? 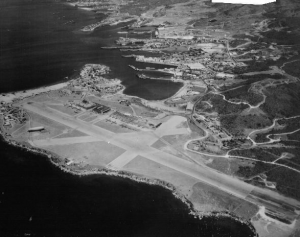 Guantánamo is an anomaly, a place on the radar screen of politics and of international attention – both positive and negative. Its legacy has been the cause of international conflict throughout much of the past one hundred years. It’s centrality in the perpetration of alleged atrocities against human rights is something that will resonate throughout our time and far into the future. Its bays and fortifications have protected U.S. naval forces from countries abroad, and its ideal location has attracted warring societies for its rich abundances. Even in the modern era, the United States holds a firm grip on Guantánamo Bay, as it has since the Spanish-American War of 1898.

Its purposes have been, and seemingly will be, mostly military. In today’s political atmosphere, politicians argue this issue, and regardless of who is in office,  the U.S. faces scrutiny about its decisions (or lack thereof) regarding its base at Guantánamo Bay. When President Barack Obama took office in 2008, there were high hopes for his seemingly progressive stance on the base. According to Anthony Romero who is the Executive Director at the American Civil Liberties Union, “If the President flip-flops and retreats to the Bush military commissions, he will betray his campaign promise to restore rule of law – and lose all credibility with Americans who care about justice and the rule of law.”

What is so striking here is the common intention underlying many American presidencies to close Guantánamo. Even if organizations such as the American Civil Liberties Union and other human rights organizations continue pushing for this conclusion, it requires Congressional approval and the U.S. President’s signature to realize this. But why, despite the promises and the intentions to close the base, do presidents fail? Its seems there are always events that warrant the continued use of Guantánamo. During the presidential tenures of Bill Clinton, George W. Bush, and Barack Obama, the world has faced everything from security threats to refugee crises that have looked to Guantánamo as a promising solution.

Beginning with the 1993 bombing of the USS Cole, and the results of post-9/11 legislation, the U.S. Government has continued to utilize Guantánamo as a stronghold for alleged enemies of the state. This strong posture of zero tolerance for what the international community has deemed to be terroristic threats only increase the U.S. Government’s alleged need of the facility. Despite what is said on podiums in conferences rooms that address the masses, the United States government seems to be doing everything it can to avoid changing the permanent holding place of alleged terrorists. Senator Eric Graham, has underscored conservative reservations about closing the base in his statement that Guantánamo Bay should be closed only if it is safe to do so.