Open for Discussion: How can we engage exhibit participants without oversimplifying the issues?

Early on when planning our panel for the Guantánamo Public Memory Project, we were given the option of including a way for visitors to participate via text message. Presented with a yes or no question, visitors could text their response and see the collected results presented in real-time or on a website. I am all for encouraging visitor reflection and participation, especially on a topic as emotional and controversial as ours, but I am troubled by this particular kind of feedback. I disagree with the boiling down of a complex concept to a yes or no question, something you must either agree or disagree with. This concerns me because I feel our society has become so polarized on many issues that we have forgotten the value of developing one’s own opinion and articulating it.

It seems every political or social issue we deal with has been framed as a two-sided fight. You may be a Republican or a Democrat, a conservative or a liberal, you can either be for healthcare reform or against it, but you must pick a side and prepare for battle. Politics has become poisonous; we have two parties, unwilling to compromise, preferring instead polemics that characterize the other side as the villains. Alongside this fiery rhetoric is a system of media that mirrors the political divisions in Washington and is more than happy to fan the flames in the name of higher ratings. Many moderate politicians are forced to choose a side or leave Congress out of frustration. While some consequences of this political polarization, like our deadlocked Congress, make the front page, others are less obvious but just as serious. Voters become disenfranchised with politics and distrustful of the media, and the words and actions of our citizens start to resemble the extremist stances of politicians.  What happened to the middle ground? When did compromise become a dirty word? 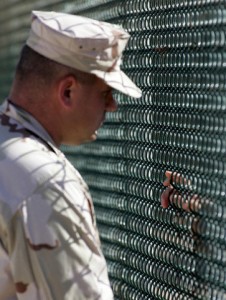 A recent blog post by Wray Herbert in the Huffington Post brings up an interesting study. Philip Fernbach, a psychologist, asked a group of self-identifying Republicans, Democrats and Independents to share their opinions on political topics like the flat tax and rate how much they felt they knew about the topic. Then, Fernbach asked each to write a detailed explanation of the topic.

This exercise prompted a shift in the opinions of these individuals. They realized how little they actually knew about the topic and how truly complex it was. As a result, their political opinions became more nuanced. The very act of articulating the topic made them question their own strongly-held values. Wray Herbert asks the essential question, how many people actually do this? When we consider a topic deeply instead of just accepting the emotional rhetoric of politicians, we see how important it is to adopt reasoned, well-articulated positions.

So what does this have to do with our text message dilemma? Over-simplifying something like torture or illegal detention by framing it as a yes-or-no question misses the point. I want to give our visitors the opportunity to craft their own position and articulate their views, a skill that should be nurtured and encouraged. For our panel, a feedback system that allows for open-ended responses would be more appropriate. The Guantánamo Public Memory Project gives visitors the tools to make reasoned and informed opinions on the Guantánamo issue; let’s not spoil that by forcing them to choose between two sides.

2 Comments to: Open for Discussion: How can we engage exhibit participants without oversimplifying the issues?

I completely agree with you about our nation’s overemphasis on duality and simplification; however, I think it is unfair to write off yes/no questions because of this inclination. I think there are ways in which these questions can be phrased so that they are engaging and thought-provoking. For example, our panel, which concerns the hypothetical “closing” of GTMO, asks our audience whether or not the United States Government should continue to have a voice regarding the use of Guantánamo Bay. This implies numerous other questions, causing the reader to consider not only the US Government’s right to the land and the ways it has been utilized in the past, but also the viewpoints of other stakeholders in its ownership and its future use. It is not an easily answered yes/no question, and requires careful, personal reflection on the reader’s part.

That being said, you make an important point about giving visitors the opportunity to share their detailed opinions. Could we create a blog similar to this one, where the public has the ability to post their thoughts and reflections? It would be interesting to hear their initial reactions to the exhibit, but might be even more valuable to hear how they feel days or weeks following their visit. If this exhibit is meant to foster debate and discussion, we should provide a forum where this can occur.

Rachel Hines- Undergraduate Anthropology Student at the University of Minnesota

I also was troubled by the yes/no format of the public question, and our group similarly struggled to craft a question that was not simplistic or leading. Although I know that we all worked hard to come up with yes/no questions that were both thoughtful and thought provoking, I still find myself unsatisfied with this format. Not only is the yes/no format potentially divisive, but it also implies that there are only two possible answers: yes or no. Ultimately I agree with Allison, and would have preferred the option of asking the public an open-ended question. If we truly value public dialogue, then we should encourage people to voice their opinions beyond simple one-word responses. I am also curious about how the text responses will be displayed. Will the public be able to see how people responded and comment on the results? This may be a way to foster some true dialogue on these complicated and controversial issues.