Here Are the Facts. Now What? 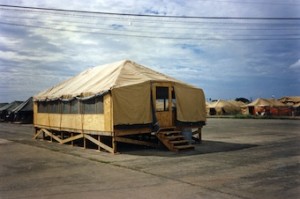 The history of American involvement in Guantánamo Bay, Cuba is long and fantastically complex – based on numerous conversations I have had in recent weeks, much more so than most people realize. Over the past month, my personal knowledge of Guantánamo Bay has grown exponentially, and I know it will continue to do so the more I delve into accounts and discussions of this history.

On the most basic level, I have been inundated with facts and figures: about the different facades Guantánamo Bay has assumed over the past century, the number of Cuban Balseros who passed through on their journey stateside, the details of the lease that allows US occupation of the space – the list can go on. But that’s me, a student in a class dedicated to deconstructing and understanding this history. What does the average person know about Guantánamo Bay and its history, and where do these facts come from?

Most people I have spoken with know of Guantánamo Bay primarily as the site of the post-9/11 war on terrorism’s detention center for enemy combatants. The much larger pre-9/11 history continues to be shadowed by the stream of news reports about the Guantánamo of today, signified by the use of the acronym GTMO.  Even when more facts are available, how often do we take them at face value, not bothering to question their origin or larger significance? It is easy to overlook the inherent subjectivity of narratives, both historic and contemporary; often the facts that build up these narratives may not truly be “facts,” as we understand them to be. Regardless of time or place, narratives are built on accepted paradigms and facts become malleable, reshaped to fit as needed.

One of the challenges we face in organizing an exhibit about the history of Guantánamo Bay, then, is making the facts of this history more than just straight facts and figures for the public. The question for our exhibit is two-fold: how do we get the story of Guantánamo Bay across to our audience in a digestible, coherent way, and how do we make the multitude of facts that construct our narrative mean something? How can we use the facts to engage our audience, to encourage them to question the narratives they are being told (even by us)? Facts need to be interrogated, stories need to be doubted, in order to make them a viable force of social significance.

One Comment to: Here Are the Facts. Now What?

I agree that more than just the facts need to be revealed in this exhibit. The stories of the people who made GTMO home needs to be told as well to engage the public to the complex history of the base. You mention different facades of the base and this is so true during the period of the 1960s. The Cuban Missile Crisis propelled the base to the public awareness while at the same time families were living on the base conducting their daily lives just like Americans living in the United States. However, their lives were much more complicated. As you mentioned, how do we take these facts and make them mean something? I would like to suggest we put a face to GTMO. Not just the detainees or military personnel but the families who live on the base. As my interviewee Jon stated, it was home. How do we tell a story that goes beyond the public perceptions of GTMO and reveal a much more complicated picture of a place that many Americans and Cubans called home? I also agree with you that narratives can change depending on who tells the story and the perceptions of the audience. I hope this exhibit will allow people to question their understanding of GTMO in a much more intricate way. Though I am skeptical of the public questioning the information we place on exhibit. As historians we understand that stories are told through personal subjectivity and can impact how narratives are disseminated to the public through education, books, lectures, etc. I think trying to get the general public to question or debate our exhibit may be the most complicated aspect of the project