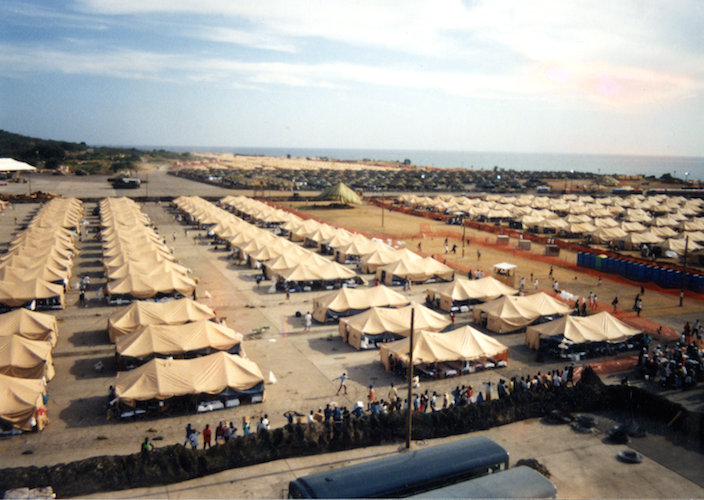 February 10, 2013: U.S. officials at Guantánamo simulated the arrival of Caribbean refugees to prepare for possible mass migrations from nearby political strife or natural disasters.

February 15, 1995: A riot erupted on Caymen Brac after the nearly 1,000 Cuban refugees that had landed on the small Caribbean island were denied asylum. Nearly 900 of these Cuban men, women, and children were taken to Guantánamo, where they lived in sun-baked tent cities as U.S. officials decided their fate.