February 25, 2013: Civil liberties and media groups, led by The Miami Herald and the American Civil Liberties Union, appealed to the Pentagon’s Court of Military Commissions Review to increase the transparency of legal proceedings at Guantánamo. The appeal comes amid increasing allegations that the U.S. government is using the inaccessiblilty of the naval station in Cuba to censor information about the War on Terror that the public ought to know. 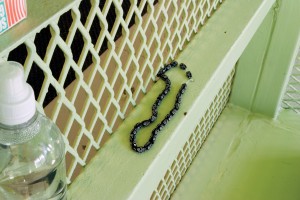 February 28, 1992: The U.S. House of Representatives passed legislation allowing approximately 3,000 Haitian refugees to remain at Guantánamo for an additional six months. In the end, most Haitain refugees were detained at GTMO for more than a year longer after fleeing political violence in Haiti in early 1991.