April 27th, 2013: The U.S. military has acknowledged that the number of inmates protesting their detention by refusing food has grown to 100. The development comes amid increasing concerns over the military’s methods of forced feeding. 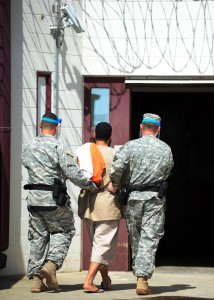