January 28, 2014: In his annual State of the Union address, President Obama reiterated his intent to close the prison at Guantánamo Bay. He called upon Congress to lift the restrictions on transferring detainees, stating that “we counter terrorism not just through intelligence and military action but by remaining true to our constitutional ideals and setting an example for the rest of the world.” 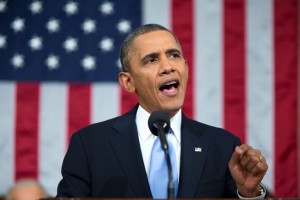 January 22, 2009: Soon after taking office, President Obama issued an executive order to close the prison at Guantánamo Bay within one year. He stated that doing so would “restore the standards of due process and the core constitutional values that have made this country great even in the midst of war, even in dealing with terrorism.”